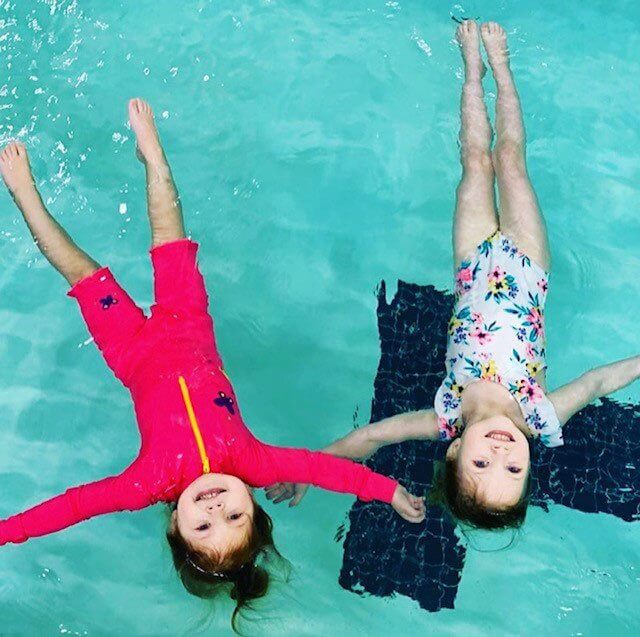 Preventing childhood drowning is a full-time job — and a passion — for Elizabeth “Liz” Huber (SLA ’08).

“I never imagined I would wear a wet suit to work, but I love what I do,” said Huber, who is the founder and director of CAST Water Safety Foundation, based in Forest Park, Illinois. CAST stands for Creating Aquatic Safety Teams.

CAST is a nonprofit that combats childhood drowning by offering self-rescue swim lessons and water-safety education and sponsoring instructor training.

The swim lessons at CAST aren’t your typical swim class. CAST uses the self-rescue program of Infant Swimming Resource, a 55-year-old organization that centers on giving young children the skills to get themselves to safety if they end up in the water alone. The lessons are one-on-one, continue for about six weeks and are geared to children between the ages of six months to six years.

At CAST, trained instructors teach children to flip onto their backs to float, then flip to their fronts so they can swim toward safety. They roll to their backs again if they get tired and then continue the swim-float-swim sequence until they are able to swim to safety.

“This is survival first,” Huber said. “This is self-rescue.”

CAST’s social media is filled with videos of very young children in the water, flipping themselves to their backs, before flipping to their stomachs and swimming to an instructor or to the side of the pool. One video shows a child in the water wearing a winter coat, snow pants and a winter hat. The child smiles before he flips himself from his back to his front and swims to his instructor. Children wear clothes to some lessons because many water accidents happen when children fall or get into water wearing their regular clothes.

The importance of Huber’s work is clear. Drowning is the leading cause of accidental death for children between the ages of 1 to 4, according to the Centers for Disease Control. The American Academy of Pediatrics recommends swim lessons as a layer of protection against drowning that can start for many children beginning at age one.

“To talk about this can save a life.”
— Elizabeth “Liz” Huber (SLA ’08), founder and director of CAST Water Safety Foundation, which teaches water safety to young children

At Tulane, Huber majored in communication and minored in business. After graduation, she earned her master’s in education from DePaul University and taught elementary education for eight years in Chicago public schools.

Her entry into the world of self-rescue happened when her two daughters were babies — 10 months and two years. She found the nearest Infant Swimming Resource instructor and drove 40 minutes from her house to the lessons.

Huber was skeptical that her children would learn swim survival at such young ages, but she was delighted with the results. “Within five weeks, my babies were swimming and floating and self-rescuing.”

So impressed was Huber with her children’s achievements that she took the rigorous course to become an Infant Swimming Resource instructor herself. Hoping to combine her business skills with her love of working with children and families, she worked as an independent contractor for a year, teaching children to swim, float and self-rescue.

“I had my own little independent one-man show,” Huber said. But then she realized that she could have more impact and save more lives if she worked in a team. In 2018, she founded CAST Water Safety Foundation.

Since Huber founded CAST, its self-rescue instructors have reached more than 500 children, given out more than 200 scholarships to attend lessons and brought eight new instructors to the Chicago area. In 2020, CAST opened its own swim facility. The biggest challenge now is the long wait list of children eager for lessons, Huber said. She and her team are working on how they can help train more instructors.

Huber said that the lessons are one of many facets of preventing childhood drowning. CAST does not use artificial floatation devices for young children in swimming pools, because they can give children a false sense of security, Huber said. CAST instructors also advise parents to teach children to have a healthy respect for the water if they don’t know how to swim safely. “Skills before thrills,” said Huber. “There’s no reason that they should think that this environment that can take their lives in 30 seconds should be fun and easy or silly.”

Huber recommended parents always be in the water with their child. “If they know how to swim, be in there swimming with them. If they don’t know how to swim yet, be in there holding them. So that when children look at an empty pool, they think, ‘oh that’s a place I go with my parents.’” 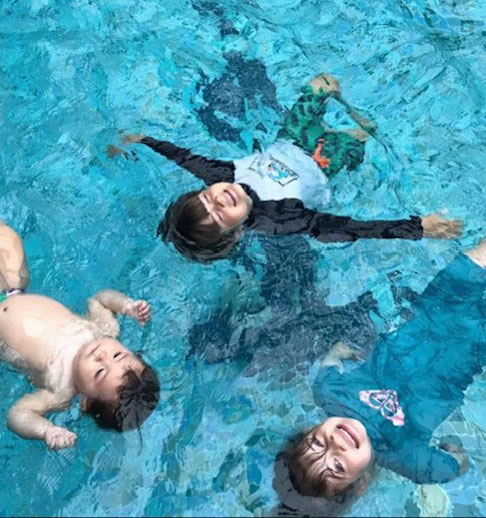 The work is not easy, but it is rewarding, Huber said. She has talked with parents or relatives who have lost a child to drowning, and while their stories are heartbreaking, they make Huber even more determined to publicize swim safety.

“If even one more person installs a pool fence or chooses not to let the kids swim for fun in a puddle jumper or if just one person watches their kids better or gets an alarm for their door at night, that makes a difference. To talk about this can save a life.”

Like it has so many others, Huber’s time in New Orleans has left an impression on her soul. On the wall in her office are three signs in the distinctive style of New Orleans street tiles: SWIM. FLOAT. SWIM.

Huber’s academic career was interrupted by Hurricane Katrina, and she attended DePaul during her semester away from Tulane. Seeing the resilience with which New Orleans bounced back has influenced her outlook on life and strengthened her determination to keep trying to prevent childhood drowning through CAST.

“You fight an impossible battle, and you keep going,” she said. “You keep fighting because it’s worth it.”